Chor Leoni is thrilled to introduce The Leonids, a new professional ensemble under the direction of Artistic Director Erick Lichte. The Leonids will serve as the professional headline choir for Chor Leoni’s annual VanMan Male Choral Summit and as an educational, inspirational, and aspirational force for this festival and beyond.

Like the spectacular meteor showers after which they are named, The Leonids come together to rehearse, record, perform and enrich the experience of the VanMan festival participants.

The nine-voiced TTBB chamber ensemble will play a central role at VanMan and will be performing for the first time at A Sound Like This: Chor Leoni & The Leonids on May 12 & 13. 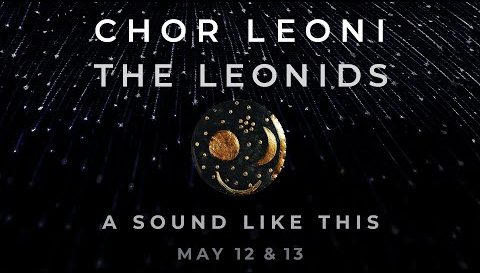