Working with, creating for, and immersing himself in the Chor Leoni community, our Composer in Residence adds to the rich tapestry of Canadian music and the breadth of Chor Leoni’s musical contribution to the world.

Don Macdonald (born 1966) is an award-winning composer of film and concert music and he has an eclectic musical background as a performer, producer, educator, and conductor.

Don’s composition credits include music for theatre and dance, published choral works, and forays into everything from rock and jazz to world and folk music. A multiple Canadian Film Awards nominee and 3 time Leo Award winner, he has over 50 film music credits and has worked with many of the major studios including 20th Century Fox and Lions Gate Films.

Don has been active as a choral singer since a very young age and as a result, many of his works use voice in some way. Highlights include the 2-hour opera KHAOS, Tabula Rasa, (winner of the Da Capo Chamber Choir New Works Competition), and Fire-Flowers (a seven-movement suite of choral works commissioned by the University of Western Ontario Women’s Choir). His choral works have been performed and recorded by many fine ensembles all over the world including Rajaton (Finland), the University of Johannesburg Choir (South Africa), the Luther College Nordic Choir (USA), , Cantus (USA), and Chor Leoni Men’s Choir (CAN). His published choral works are available from ECS, G.Schirmer, and Cypress.

Don lives in Nelson, BC Canada and teaches at the Selkirk College Contemporary Music and Technology Program. 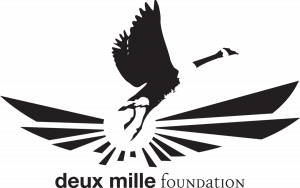 The Composer-in-Residence program is supported by the Deux Mille Foundation.

Past Composers in Residence

When There is Peace: An Armistice Oratorio
Snowflakes
To One Dead
Future Folk Songs
Two Counting Carols
Ring Out!

I just wanted to say how excited and honoured I am to be part of this organization again. I was a member of the choir back in the 1990's and things have come full circle. I'll be writing three pieces over the next three years so stay tuned, it's going to be a fun ride.