“There is a unique power and beauty of sound when men come together to sing. But here, firmly in the 21st Century, I feel the true reason men should sing together is because this sonic beauty has a power to affect men for the better. Choral music can make men better listeners; make them more empathetic and more vulnerable. I believe, when created in the spirit Chor Leoni holds close to its heart, male choral singing can mold better men and make for a better world.” 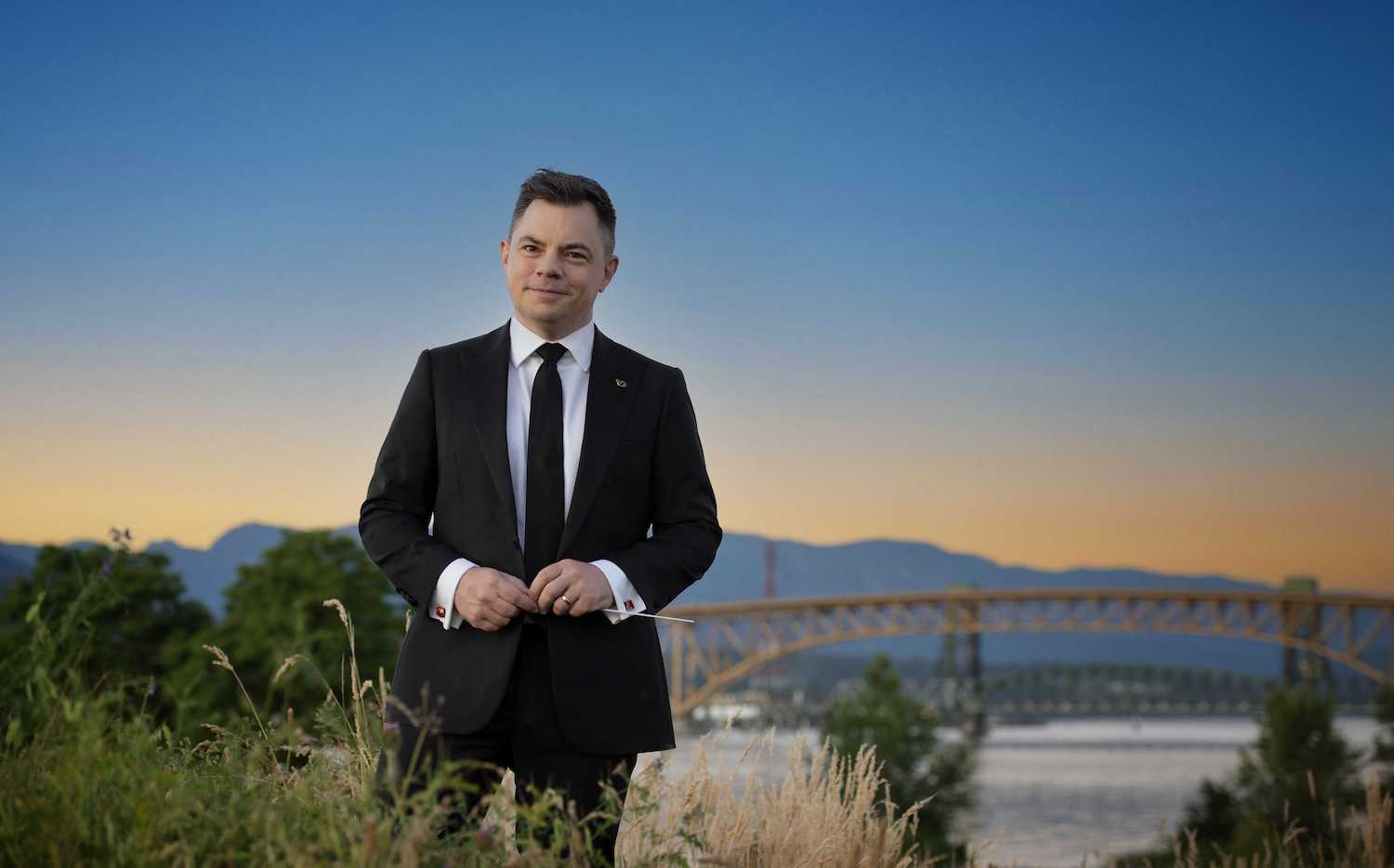 Enjoying a diverse career as a conductor, composer, and record producer, Erick Lichte has been hailed by Washington Post for the “audacity” of his programming and noted by the Chicago Tribune for the “meticulous preparation” of his choirs. The New York Times recently called his direction and composing “thrilling” and said of his work that the “sensation is tremendous and the musical chill effect engulfing.”

As a founding member, singer, and Artistic Director of the male vocal ensemble Cantus, Lichte created and sustained one of only two full-time vocal ensembles in the United States. From 2000-2009, Lichte’s programming and artistic direction were heard in over 60 concerts a year and he has collaborated with artists such as Bobby McFerrin, the Boston Pops, and Minnesota Orchestra.

In January 2013, he began his tenure as Artistic Director of Vancouver, Canada’s Chor Leoni Men’s Choir. Since that time, he has grown the choir into one of the most active and popular amateur choirs in North America, performing over 35 concerts a year to over 15,000 patrons. His first recording with Chor Leoni, Wandering Heart, received a perfect five-star review from the UK’s prestigious Choir and Organ Magazine, and Oregon Arts Watch has declared that, under his leadership, Chor Leoni is now “one of the best male choirs on the continent.” In the summer of 2018, he led Chor Leoni to multiple awards and Grand Prix appearances at both the Singapore and Bali International Choral Competitions. In 2020, his world premiere recording of When There Is Peace: an Armistice Oratorio was nominated for a JUNO Award.

His work with Cantus and Chor Leoni garnered him both the 2009 and 2019 Margaret Hillis Award for Choral Excellence, the highest honour from the professional choral organization Chorus America. He is only the second conductor to have ever won this award with two ensembles.

Lichte is an active proponent of new music and has commissioned over 300 new works from composers such as Lee Hoiby, Eriks Esenvalds, Gavin Bryars, Jocelyn Morlock, Steven Sametz, Edie Hill, Mary Ellen Childs, and Zachary Wadsworth among many others.

As a record producer, Lichte has made over 30 albums. His recent release for Naxos of the choral music of Eriks Esenvalds spent multiple weeks as the number one classical album on the Billboard charts.

He is also an active composer and arranger, especially known for co-creating All is Calm: The Christmas Truce of 1914 which has toured North America annually and been performed on three continents. The work’s 2018 off-Broadway run in Greenwich Village garnered Lichte a Drama Desk Award for both his composing and his musical direction. In November 2020, a filmed version of this production will air across the United States distributed through PBS.

I am proud that these men hold themselves to such high standards for their music and their actions. It is remarkable that the men of Chor Leoni make so much room in their lives for sharing all that we stand for.