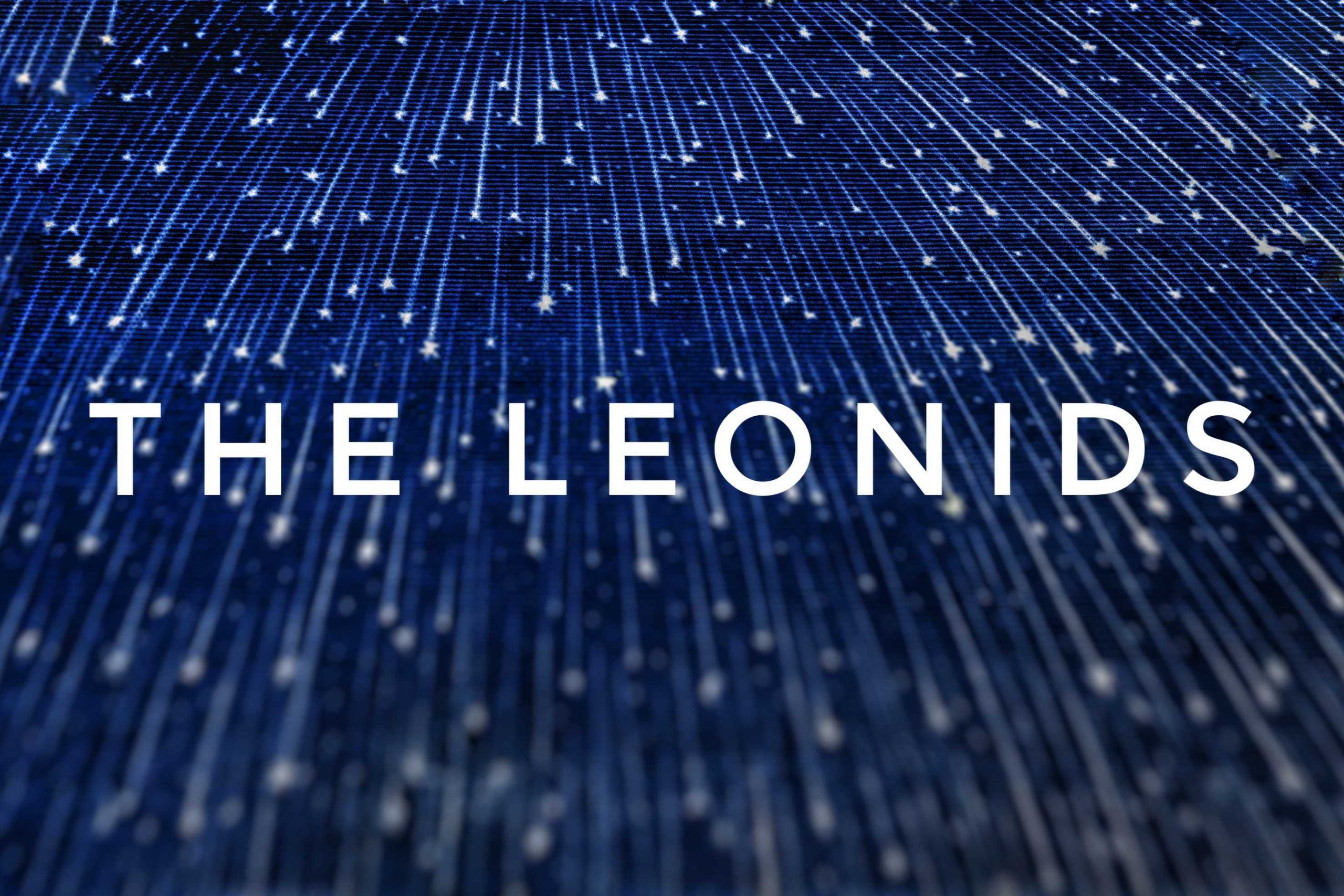 Chor Leoni is thrilled to introduce The Leonids, a new professional ensemble under the direction of Artistic Director Erick Lichte. The Leonids will serve as the professional headline choir for Chor Leoni’s annual VanMan Male Choral Summit and as an educational, inspirational, and aspirational force for this festival and beyond.

Like the spectacular meteor showers after which they are named, The Leonids come together to rehearse, record, perform and enrich the experience of the VanMan festival participants.

Eric Alatorre is best known for his 28 seasons with professional vocal ensemble Chanticleer. His legendary career singing bass with Chanticleer began in the last century, and he has sung with and mentored many new generations of singers. He has enjoyed performing all over the country and the world, with plenty of time to explore his other passion: food. A part-time hedonist and full-time wine enthusiast, he has shared many wonderful dining experiences with his fellow singers on the road during stops in 37 countries. 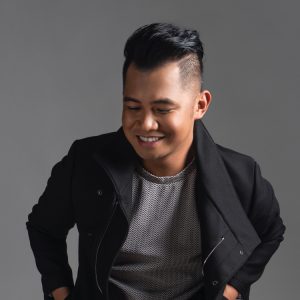 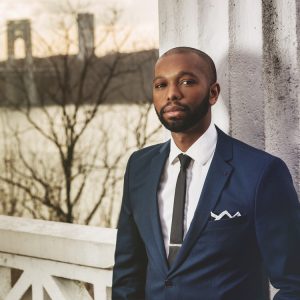 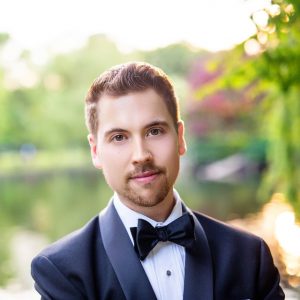 Internationally, Sam works with the Dublin, Ireland based ensemble Anúna with whom he has toured throughout Ireland, the United Kingdom, the Netherlands, Belgium, China, and Japan. While singing with the Phoenix Chorale he recorded the Rachmaninoff All-Night Vigil with Chandos Records alongside the Kansas City Chorale, which received two Grammy nominations in 2016 and won for Best Choral Performance. Sam also sang for a season with the professional vocal ensemble Cantus.

No stranger to the operatic and musical theatre stages, Sam has worked with the Dayton Opera, Cincinnati Opera, Arizona Opera Company, and the Lyric Opera Theatre at Arizona State University. 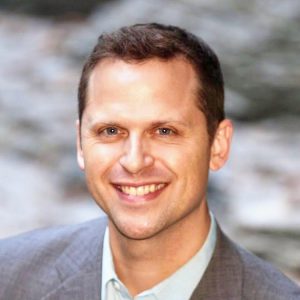 Dann Coakwell, tenor, can be heard as a soloist on the Grammy-winning The Sacred Spirit of Russia (2014), the Grammy-nominated The Hope of Loving (2019) and Considering Matthew Shepard (2016), as well as the critically praised Zabur (2016). Dr. Coakwell has sung throughout Europe, Japan, and the Americas, under renowned conductors such as Helmuth Rilling, Masaaki Suzuki, Monica Huggett, William Christie, Nicholas McGegan, Matthew Halls, María Guinand, and Craig Hella Johnson. 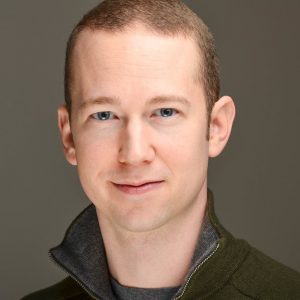 Tenor Andrew Fuchs’s wide-ranging repertoire includes an abundance of early music, which he has sung with such groups as Pegasus, Tenet, Artek, The Choir of Trinity Wall Street, and New York Polyphony. He recently made his Kennedy Center debut in Monteverdi’s Vespers with The Thirteen and his Lincoln Center debut in Bach’s Magnificat with the American Classical Orchestra. Equally passionate about contemporary music, Andrew has premiered a number of works, including the principal role of ME in Daniel Thomas Davis’s chamber opera Six. Twenty. Outrageous with AOP, Alexander Goehr’s song cycle Verschwindenes Wort for Juilliard’s Focus Festival, and Zachary Wadsworth’s oratorio Spire and Shadow with Downtown Voices. Other highlights include Reich’s Three Tales with Ensemble Signal, Liebeslieder Waltzes with the Mark Morris Dance Group, and Vaughan Williams’s On Wenlock Edge with the Momenta Quartet. Andrew is an alumnus of the Fall Island Vocal Arts Seminar and the Tanglewood Music Center. 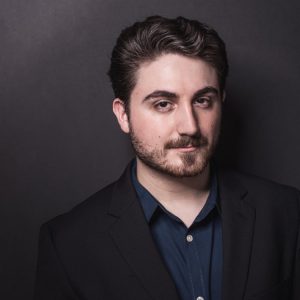 Tenor Jacob Perry Jr., based in the Washington Metro Area, receives praise for his “gorgeous and stylish” interpretations of Renaissance and Baroque repertoire (ClevelandClassical.com). He has been featured as a soloist with Apollo’s Fire, Handel Choir of Baltimore, Mountainside Baroque, Tempesta di Mare, The Thirteen, Washington Bach Consort, and The City Choir of Washington. Jacob was selected as the tenor participant of the Virginia Best Adams Masterclass of the 2020 Carmel Bach Festival.

Deeply immersed in vocal chamber music, Jacob enjoys active membership in Les Canards Chantants, a soloist-ensemble based in Philadelphia, as well as engagements with ensembles such as The Thirteen, the Art of Early Keyboard (ARTEK), New Consort, and Cathedra. Additionally, he can be heard singing with larger choirs such as Yale Choral Artists, The Clarion Choir, Washington Bach Consort, and the Choir of Washington National Cathedral. He has explored the vocal works by contemporary composers through engagements with Third Practice, hexaCollective, and Great Noise Ensemble, and co-directs Bridge, a genre-defying vocal ensemble based in Washington. 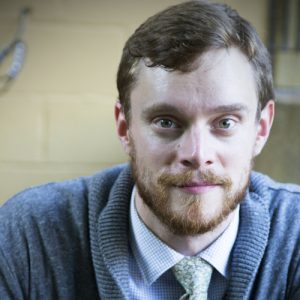 Steven holds degrees from the University of North Texas and Yale School of Music where he studied at Yale’s Institute of Sacred Music with renowned tenor James Taylor. Steven attended the American Bach Soloists Academy in 2011, was a 2014 Carmel Bach Festival Adams Fellow, and a 2016 Oregon Bach Festival Young Artist. 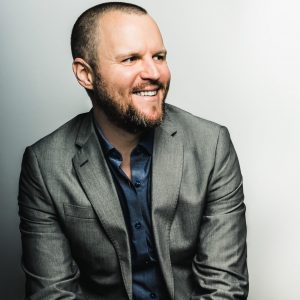 Tenor Steven Caldicott Wilson regularly appears with Handel + Haydn Boston and the Trinity Baroque Orchestra NYC, and is a member of the twice GRAMMY-nominated classical a cappella vocal quartet New York Polyphony. He made his Carnegie Hall solo debut in December 2010 in Handel’s Messiah, and has had solo appearances at Symphony Hall Boston, Alice Tully Hall, and with the Trinity Baroque Orchestra NYC as the Evangelist in Bach’s Christmas Oratorio and multiple Bach cantata recitals.

Steven is an engaging and versatile musician, combining sensitive expression with a disciplined attention to detail. His career has focused not only on historical performance practice but also the performance of new music. Additionally, Steven is a skilled pianist, teacher, and coach.  A native of Virginia, he has been based in Pittsburgh since September 2019. He travels frequently, domestically and abroad, and eagerly pursues opportunities to prepare new works and to interpret historical music.

Mr. Wilson is an enlisted veteran of the United States Air Force Band Singing Sergeants, and a graduate of Ithaca College and the Yale University Voice Masters program in early music, oratorio, and chamber ensemble. 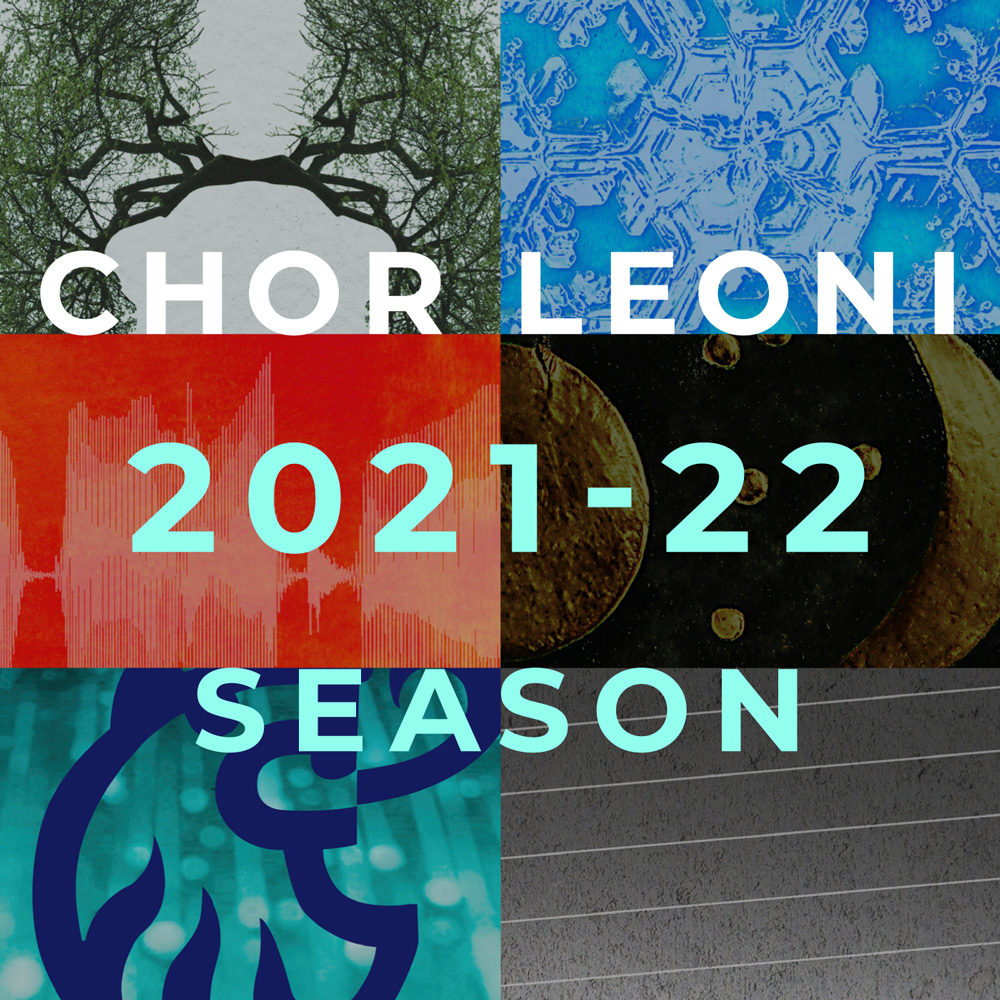 The soundtrack to your holiday season 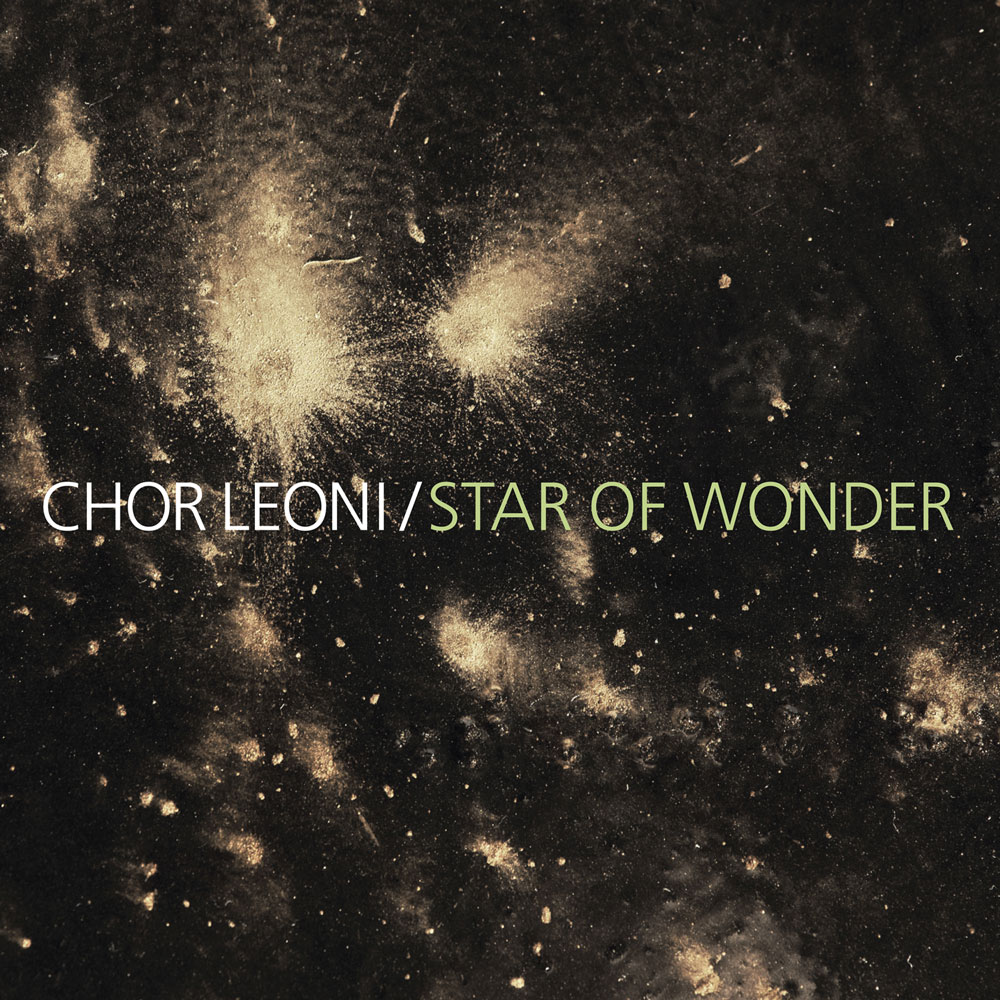 A festive mix of traditional and new music to delight you! 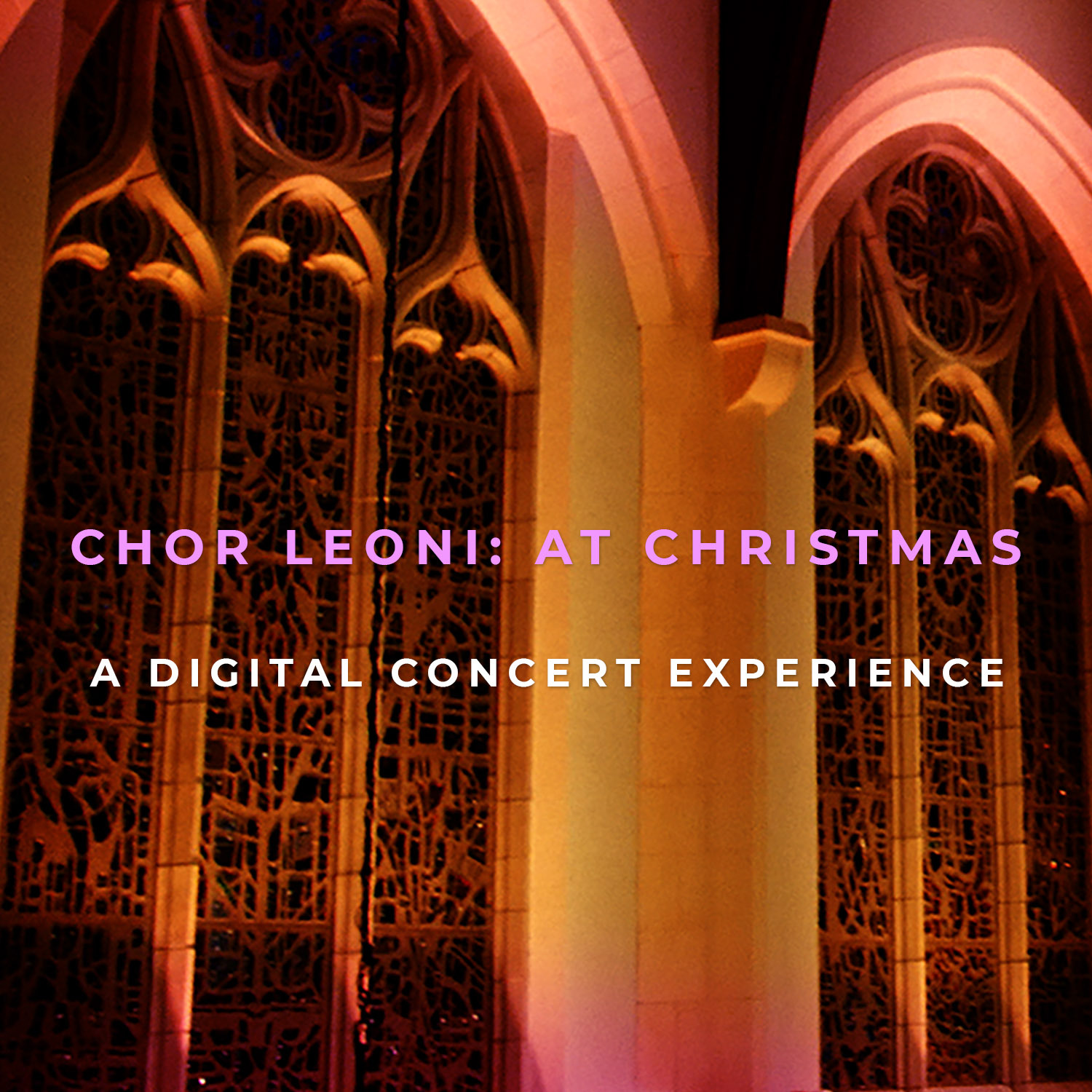 Free with an RSVP, premiering December 23